Posted on 11 December 2020 by Candice Jansen 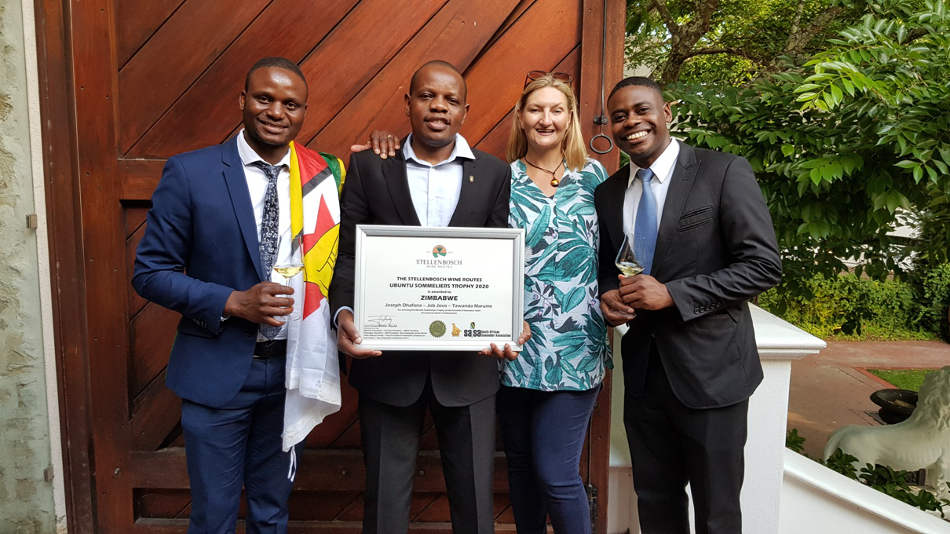 While the world of sommeliers is facing a standstill due to the covid 19 pandemic, forcing major events such as the ASI Best Sommelier of Europe & Africa to be postponed until November 2021, Jean Vincent Ridon from Sommeliers Academy explored a new way to organise an international competition.

As the new Sommeliers Association of Zimbabwe had to run a competition to select the Zimbabwean sommelier who will represent the country at the ASI continental contest in Cyprus, they took the opportunity to run their inaugural Best Sommelier of Zimbabwe contest. After a first round attracting 18 candidates, the three finalists happened to be all working in South Africa.

Since SASA decided not to host a Best Sommelier of South Africa in 2020, it was a great opportunity to invite the best 3 South African sommeliers and to run the first international sommelier contest in Africa with a derby between the two neighbouring countries. 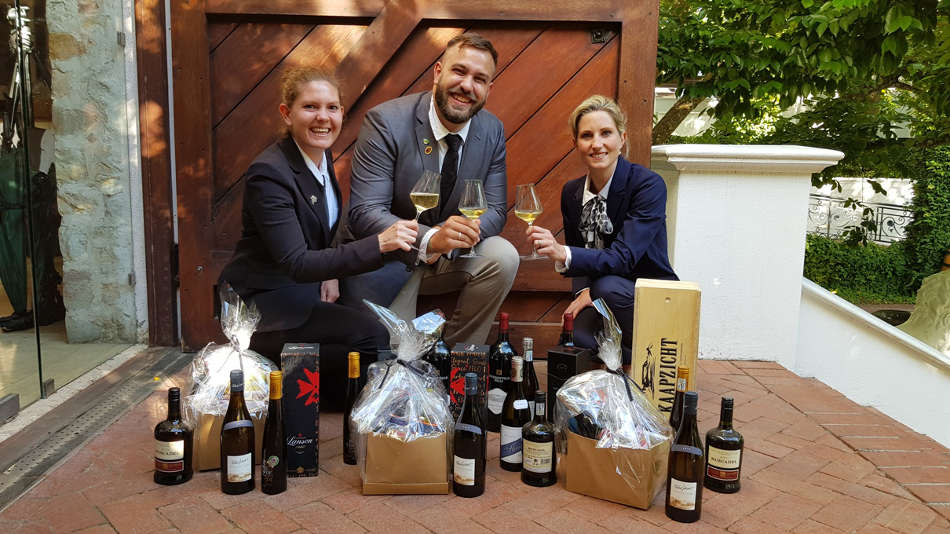 The Stellenbosch Wine Routes Ubuntu Sommeliers Trophy was hosted at the magnificent Stellenbosch Estate Lanzerac, making both countries compete against each other as national teams.

“The sommelier is at the intersect of the restaurant and wine industries and this inaugural event re-affirms the essential role they play,” says Stellenbosch Wine Routes general manager Elmarie Rabe. “As wine ambassadors, their ability to share the story of South African and especially Stellenbosch wine is crucial to growth.

“Furthermore, the hosting of this competition at Lanzerac Wine Estate in Stellenbosch took place on the eve the Stellenbosch Wine Routes’ 50th anniversary in 2021 and represented a golden opportunity to showcase our region’s reputation as South Africa’s premier gastronomic destination.”

Flying in international judges was impossible so it was decided to stream the contest online and have the tasks marked by experienced sommeliers from around the world. This innovative format is not only a world premiere but the only answer to the current restriction to have a jury of the highest calibre.

The local relay was organised by sommelier Jean Vincent Ridon as the Master of Ceremonies, Carey-Ann Brown – Chairperson of the Sommeliers Association of Zimbabwe, Spencer Fondaumiere Vice Chairman of SASA, Kim Williams and Neil Tabraham from Sommeliers Academy. Logistics were supported by SAZ volunteer sommeliers Admire Wakwa and Munashe Kwaramba.

The contest was streamed on Facebook live and sommeliers from around the world were following this unique competition on their phones or computers. 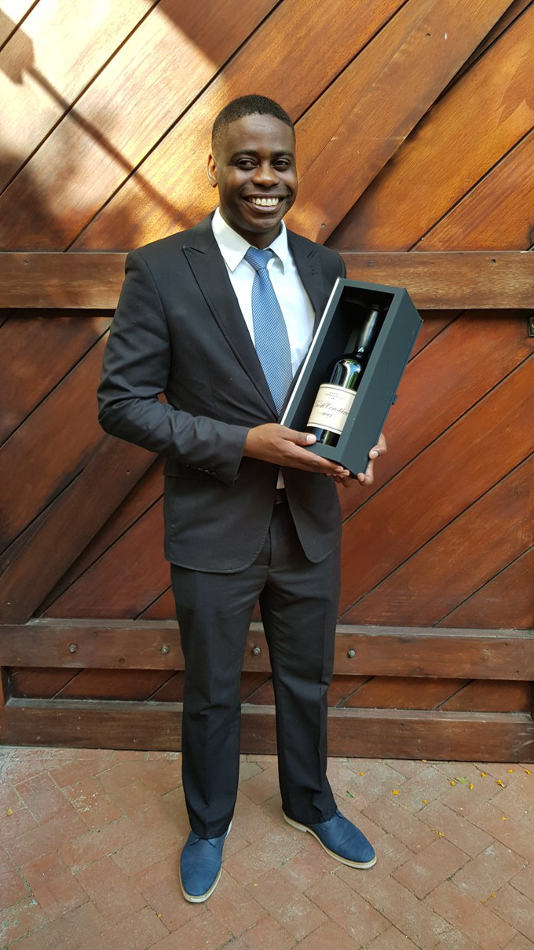 The Best Sommelier of Zimbabwe 2020 title was won by Tawanda Marume, ahead of Job Jovo and Joseph Dhafana.

The best South African contestant was Laurie Cooper who is the current Best Young Sommelier of South Africa. She had the best score from the 6 finalists.

The two teams were hosted for a celebratory dinner organised by the Stellenbosch Wine Routes after a congratulatory speech from their CEO, Mike Ratcliffe. Delheim, Simonsig, Lanzerac, Alto and Ernie Els wineries were sharing their best wines with the competing sommeliers.

Tawanda Marume will represent Zimbabwe at the ASI Best Sommelier of Europe & Africa in Cyprus in November 2021.

Congratulations to the six finalists for showing the rest of the world the quality and talent of African sommeliers.