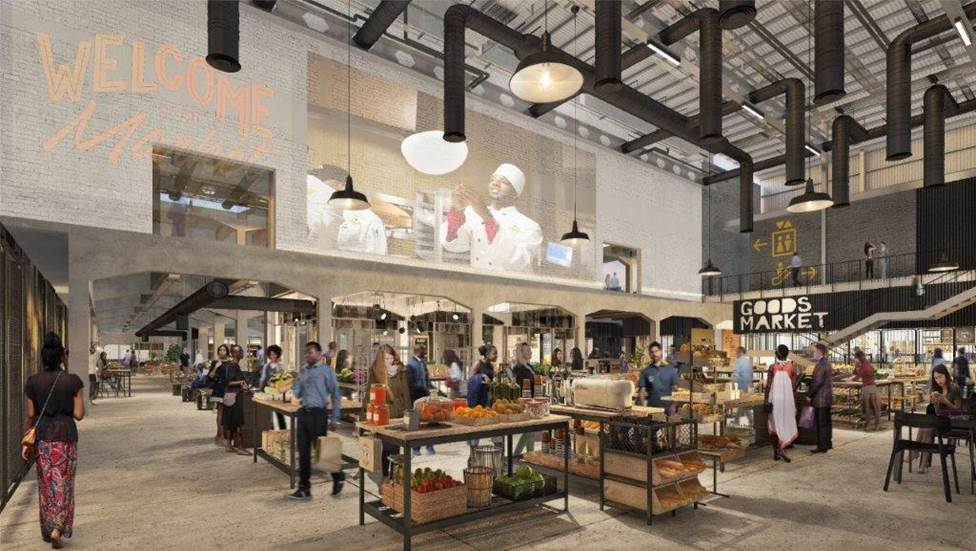 Artist’s impression of what Makers Landing will look like once development has completed end of 2020.

The V&A Waterfront is pushing ahead with a ground-breaking plan to develop a visionary and local food community incubator starring South African flavours and culture, which will create jobs and act as a powerful incubator for the food industry.

Makers Landing, as it will be known, is the next phase of an overarching plan by the V&A Waterfront to develop the Cape Town Cruise Terminal area.  When it is complete, Makers Landing will add a further 4,348m2 to the existing cruise terminal developed by the Waterfront in 2015 for Transnet. The original terminal was a small industrial building on the edge of E-Berth that served as a pre-cooling facility for fruit exports, whereas today passengers from cruise ships are greeted by a state-of-the-art facility.

V&A Waterfront CEO David Green said: “Maker’s Landing will be an inspiring, edgy space for new food concepts and ideas to flourish in the spectacular setting of an active port, with its dramatic backdrop of Table Mountain. It will capture the rich story of South African cultures, foods, flavours and food producers for locals to enjoy and for visitors to discover. We are repurposing what was a cold storage facility into a food incubator that will generate in excess of 150 much needed jobs and will build connections between foodpreneurs.” 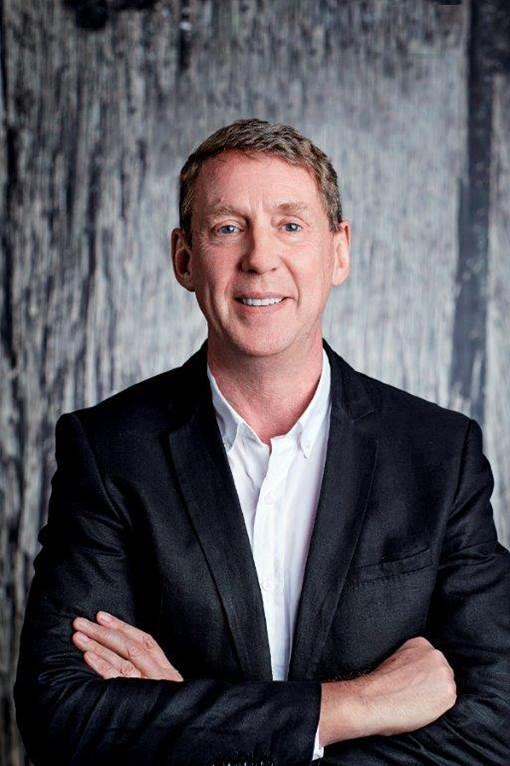 Given the seasonality of the cruise industry, the R63-million multi-use Makers Landing development will encourage year-round activity in the port area. The new facility is in walking distance from the Waterfront’s Silo District, so it is expected to attract footfall from within the Waterfront, as well as those who work from the Port of Cape Town harbour. It is a short water taxi ride from the Cape Town Convention Centre.

“We came across this idea internationally, having seen the success of food incubators in providing food at accessible pricing and creating jobs. We are incubating opportunities on a platform that lends itself to year-round operation, offering food at very accessible prices, with the opportunity to turbo charge interest during peak tourism season when local and international visitors flock to the Western Cape,” said Green.

The National Treasury’s Jobs Fund is an important partner in the development.

“When we presented our plans to the Jobs Fund, they saw the same potential for job creation and skills development as we did. There is an obvious synergy between our vision for Makers Landing and the Jobs Fund mission, so we are really pleased to be partnering with them. We were also able to present our popular Watershed development as proof that when SMMEs are placed in a nurturing environment with the right trading conditions, they can thrive.

“Beyond showcasing South Africa’s incredible variety of cultural dishes and foods, we also see Makers Landing as a catalyst for creating employment, transferring skills through our planned incubator programme and nurturing and growing SMMEs. Small start-ups and suppliers of food will work alongside experienced players, and in this way, they will gain first-hand knowledge from watching and learning from them. We envisage that our SMMEs will at some point outgrow Makers Landing and they will leave to open their own eateries or work elsewhere – in the Waterfront, the city, the country or even overseas – and their places will be filled by new talent looking for a start in the industry,” Green said.

“The V&A Waterfront provides a perfect environment for caterers, local producers and quality food start-ups to grow their businesses efficiently and easily under the guidance of seasoned professionals in an already highly successful commercial space. Partnerships like this one demonstrate the immeasurable value of assembling the right partnership ecosystem, skills and resources.  It is these intangibles that are fundamental in equipping and empowering SMMEs to overcome hurdles to development while effectively accessing real market opportunities,” says Najwah Allies-Edries, Head of the Jobs Fund.

In keeping with Cape Town’s historical roots as a Tavern of the Seas, the new space is being developed as part of the Cape Town Cruise Terminal. It has always been the V&A’s goal to preserve the heritage of the area, so from the outset the development team aimed to incorporate the gritty, industrial fabric of the harbour into the development, while enhancing the marine experience.

Backing onto the Cruise Terminal’s Departures Hall, Makers Landing retains the existing structure that dates back to the 1920s and its original harbour warehouse aesthetic. The building is a mere 15m from the quay edge, so glass windows will allow visitors to relax in restaurants as they watch ships enter and leave the harbour, and cruise ships dock at the quayside in front of them.

Although the lockdown delayed construction at Makers Landing, the development team is confident it will complete the structure of the building by September. This will be followed by the interior work to configure the space to fit a shared incubator kitchen, a demo kitchen, eight maker production stations, a food market with approximately 35 flexible market stands, eight small co-op eateries and five anchor restaurants of various sizes. 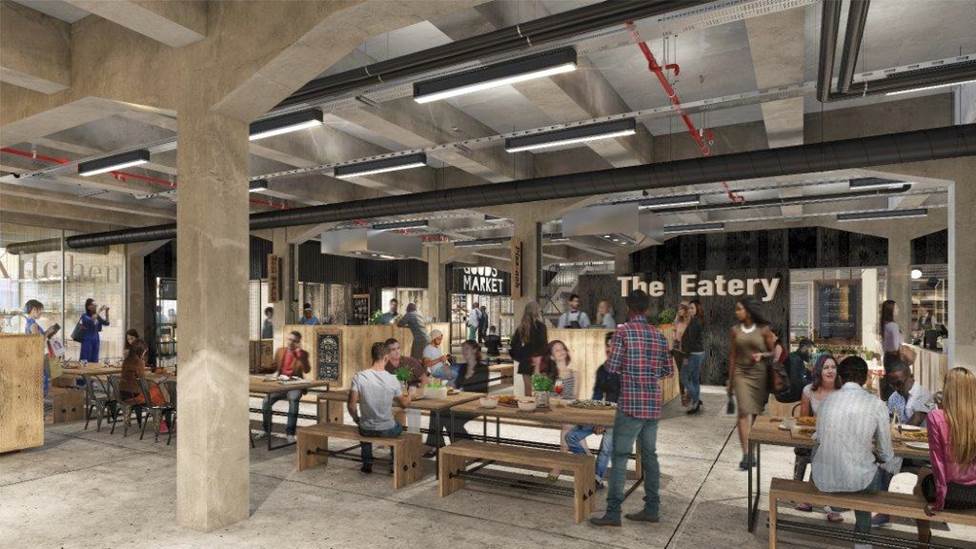 Makers Landing will open to the public in December 2020.

The V&A Waterfront is calling for applications from small food businesses, entry-level to top chefs, food producers and everyone in between. In addition to clear talent, the curators’ focus will be on authentic South African foods and diversity, quality and freshness, variety of flavours, ethical and local sourcing, and affordability and value. Anyone wanting further information about the space can download an application form from www.waterfront.co.za.

This entry was posted in Food and Drink, General News and tagged Makers Landing, The V&A Waterfront, Theatre To Food Making. Bookmark the permalink.